In today’s startup world, it’s very common practice to focus on user growth before monetization. The EdTech realm is certainly no exception, with many companies desiring a “winner take most” model the likes of which Facebook, Google, and Amazon have had massive success with over the past couple decades. At some point, however, companies need to make money, or more precisely need to make at least enough money to cover all expenses; deficits in the name of growth early on are encouraged by VCs, but those deficits need to turn into surpluses later on so the VCs (and really anyone with a stake in the company) can reap the massive rewards they’re hoping for.

From what I’ve seen in Silicon Valley, United States-based EdTech is doing fine with the first aspect (user growth), but struggles with paid customer conversion. I believe the problem is tied to EdTech’s inherent gap between the consumers who benefit the most from new learning technologies and the people in a position to pay for it. Consider a few business models, and their adaptations to address this disassociation: 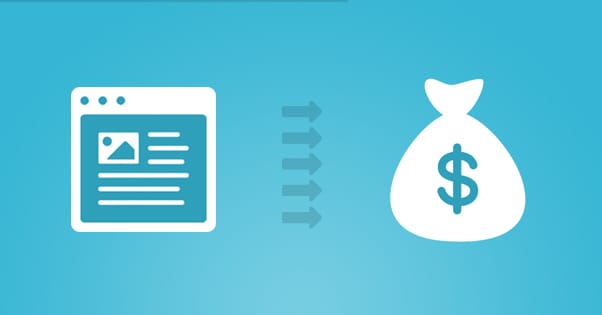 Arguably one of the most well-known forms of EdTech nowadays, MOOCs (Massive Open Online Courses) originally attempted to make its direct customers its paying customers as well: people who want to learn content they might be able to get at a college or university, but at a fraction of the cost. From my experience watching the field, there’s been a big shift towards disassociation, in particular shifting the cost to large companies and organizations who offer the variety of courses as an additional perk to their employees. In this case, direct consumers appear more reluctant to purchase courses, perhaps due to the proliferation of information on the Internet available for those motivated enough to review it.

Another way MOOCs are deriving value is through credentializing, offering “micro-degrees” with official proctoring and a shiny certificate upon completion (for a fee, of course). This runs into the age-old issue of extrinsic versus intrinsic motivation in education; it appears that people are still willing to pay for a shiny gold star, but the end goal of a lot of education (at least theoretically) is intrinsic motivation, where people learn for the sake of expanding their horizons (and ideally pay money for quality knowledge, as per EdTech companies).

Learning Management Systems are used in school systems and tertiary college and universities to connect students, teachers, parents, and administrators, four major constituents in the education world. At Stanford, for example, Canvas is the current LMS system students and teachers use to manage classes, while I used Aeries back at Beckman High School. The big issue with establishing new systems is the massive switching cost of moving to another system, as well as a lack of innovation that seems to be going on within established systems, leading to antiquated user interfaces and bugs that students can’t easily address. On Canvas, a relatively new system, I still don’t have a way to open PDFs in new tabs – if I want to open multiple materials in a browser, I have to open multiple tabs, go to Canvas, and keep clicking until I get back to the original page.

Another contributing factor to the difficulty of monetizing new LMS is the disassociation factor of an expanded set of main users (students, parents, and teachers) contrasted with the main purchasers: administration. Thanks to bureaucratic slowdowns at the administrative level, as well as the obvious disconnect between administrators and users that can form, it can take years to switch to another LMS, during which the new startup might fold due to lack of revenue. In the world of Silicon Valley, these long pauses between adoption are anathema for investors.

The app economy is ubiquitous, and monetization issues in this world at large also affects EdTech. Monetization for knowledge-based apps can be hard to accomplish, given the ubiquity of information and easiness of creating apps. If one US History knowledge app tried to monetize, for example, a good number of its users could probably find another US History app with similar information, and still for free. The same argument can be applied for communication-based apps; another company can emulate the same model and, with a little more startup capital, can keep its service free when other startups start monetizing.

Disassociation here usually arises between students and parents, with the latter more reluctant to pay for these apps. I’d also note that just because parents buy apps for their children doesn’t mean that the apps will get used, or used properly. Furthermore, one-time purchases without add-ons require large markets or additional apps to purchase to achieve more sustainable user growth.

Physical EdTech has to deal with a disassociation between its main users (students) and its main purchasers (parents and teachers), with the purchasers disagreeing on who should purchase these learning technologies. EdTech products have to convince parents that these products are good for their kids (and worth the price), or convince teachers that the products are important supplements to standard classroom curricula. At the same time, parents may try to convince teachers that they should purchase these items for their classrooms, while teachers may try to convince parents to purchase the items for their children (each seeking to avoid the additional financial burden). As the past few categories have demonstrated, however, those motivated to find new tools to increase learning for leaners are also likely able to find free versions to substitute. Monetization, therefore, is limited to the niche of those who are able to splurge on what they see as “nice-to-have” products, which can be quite limiting for businesses.