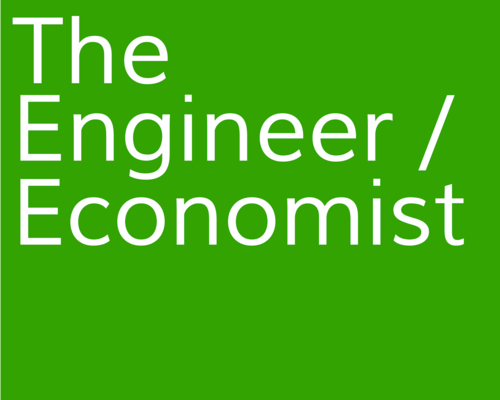 Economics is a discipline that is often interpreted, or misinterpreted, by people in various ways. When explaining to friends about your major, what’s a good metaphor to use?

In this interesting article, three metaphors are proposed, each with their own merits:

This metaphor has been more disparagingly used in reference to macroeconomic models that ended up “failing” during the Great Recession, which at the very least did lead to more inaccurate predictions. However, an economist as a weatherman is an intriguing idea that can reflect positively on some in the discipline; just as weathermen require technology, lots of simulations, and good presentation skills to forecast the weather, so, too can economists apply similar tools and structure towards economic forecasting (though trying to give crystal-ball predictions about the economy is not highly regarded by other economists).

Thank Al Roth in Stanford’s Department of Economics for this idea. Roth, a Noble-winning economist who often leaves his door open for people to wander in and chat (thanks Al!), has used his economic prowess to save thousands of lives through matching theory applied to kidney transplants. The argument here is that, unlike the theoretical economist (or theoretical physicist, if you want a hard-science metaphor), the modern, practical economist should apply themselves to not just getting broad outlines correct, but the little details, too.

Esther Duflo, a MacArthur Genius Fellow and rising star in the connected realms of Economics and Social Good, economists should act like plumbers. It’s an interesting metaphor, even more practical than the engineering metaphor – plumbers not only install, but tinker with systems to continue to maintain its efficiency. This metaphor is perhaps the antithesis of theoretical economics – that which is hotly debated in theory may be relatively simple in practice.

No matter what metaphor you think applies, I hope it’s apparent that economics is far more complicated than what people will commonly stereotype. Economists pursue many different and exciting paths in life; at the very least, there’s more to economics than finance.